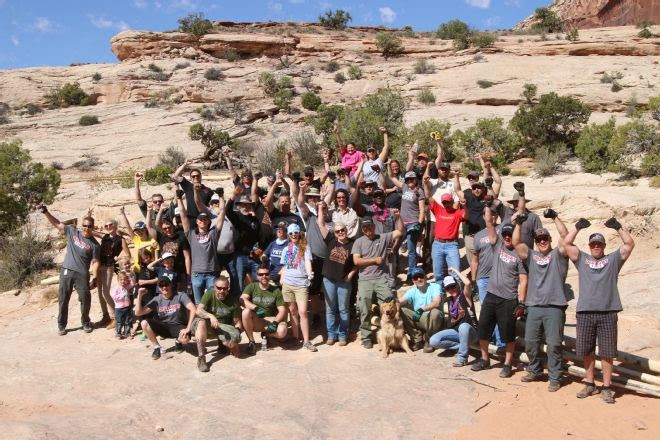 Self-proclaimed "environmentalists" such as the Sierra Club, the Center for Biological Diversity, and the Southern Utah Wilderness Alliance enjoy demonizing OHV users at every opportunity, but at the 2015 Easter Jeep Safari in Moab, Utah a large group of real environmentalists took time out of their vacations to pour some hard manual labor into a trail restoration project.  Four Wheeler Magazine covered the Tread Lightly! Restoration For Recreation project with a thorough background and several photos of the project. 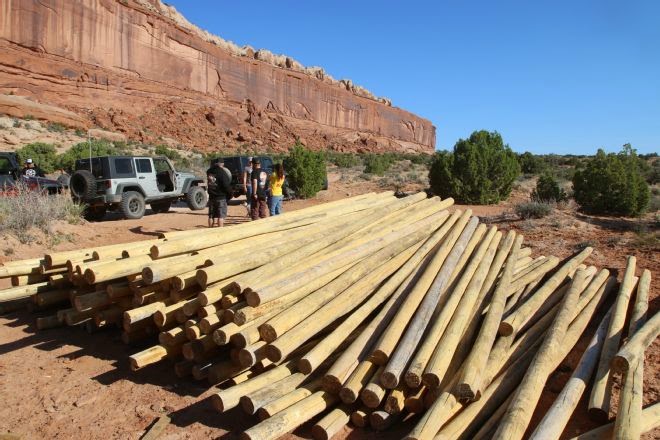 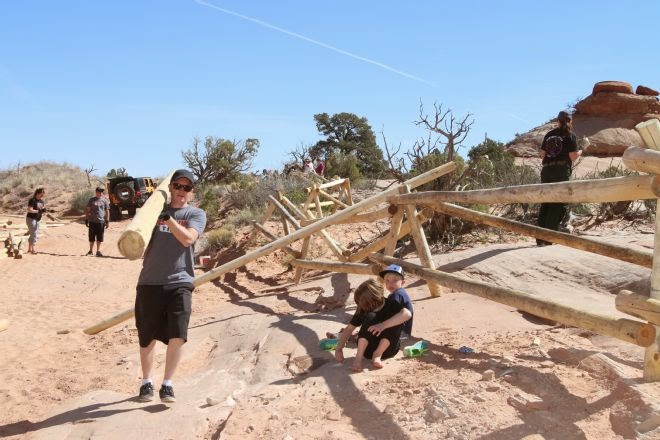 Using timbers salvaged from dead pine bark beetle-infested trees, 50 volunteers built a fence to clearly delinate around a half-mile of the trail to protect the surrounding landscape from drivers who could inadvertently wander off of the designated trail.

In addition to all the regular recreational offroaders who donated their efforts to the project, the vice presidents of Discount Tire and Falken Tire were also working side-by-side with Tread Lightly! and the Bureau of Land Management to show their support for family-friendly backcountry motorized recreation.  Members of any anti-access faux-environmental groups, on the other hand, were nowhere to be found. 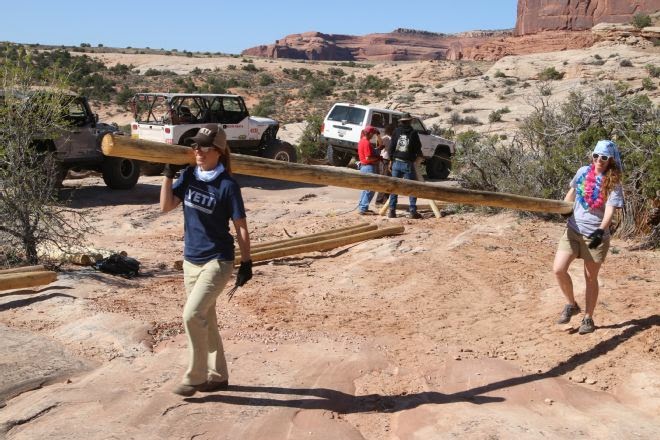 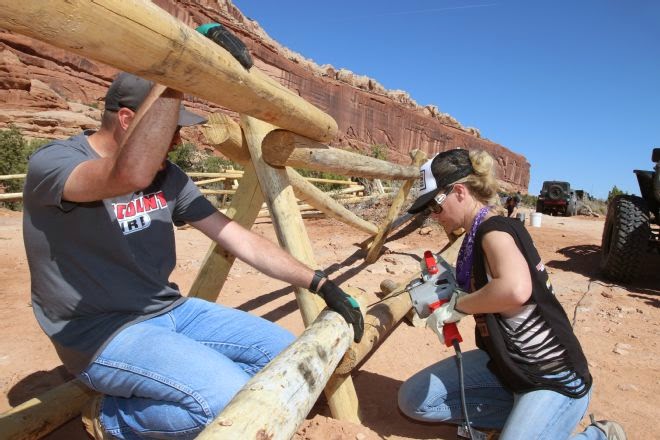 Quadratec has posted a video of the project on YouTube:

Posted by rubicon4wheeler at 3:28 PM