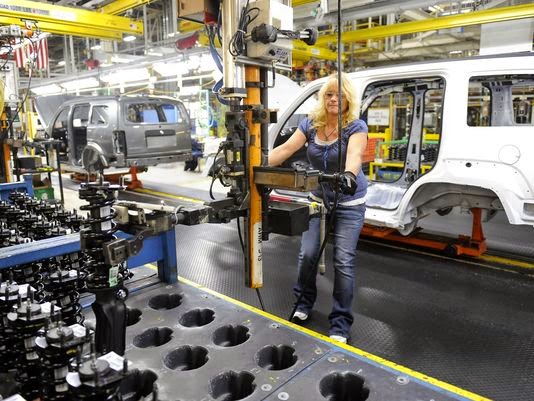 The Detroit News is reporting that United Auto Workers Local 12 President Bruce Baumhower is expecting that Toledo, Ohio will retain production of the next-generation Jeep Wrangler.  I've reported several times before on Toledo's fight to remain the home of the Wrangler, and it sounds like the community's efforts will pay off.  From the article,


Baumhower, whose local represents workers at Toledo Assembly Complex, home of the Wrangler, said Toledo and Ohio officials have presented “a very attractive package that answers all of (Fiat Chrysler Automobiles NV CEO Sergio Marchionne’s) concerns.” He believes that will lead the company to keep production of the Wrangler in Toledo.

“I think the proactive approach that we’ve taken over on the shop floor and in our local government, I think it’s going to work out for us,” he told reporters Wednesday on the sidelines of the UAW Special Convention in Detroit.

Why does it matter to Jeep owners or the factory workers whether the Toledo Assembly Complex is the site of the Wrangler's production?


“It’s a certain pride,” said UAW Local 12 delegate Samantha Price, who works on Wrangler assembly. “We tell people we work at Jeep, we don’t say we work for Fiat or Chrysler. Everybody knows Jeep in Toledo, and all around the world, really.”

America is proud of its Jeeps, and the people of Toledo are honored to assemble this most patriotic of brands.  Read the article for more details on this latest development.
Posted by rubicon4wheeler at 1:02 PM