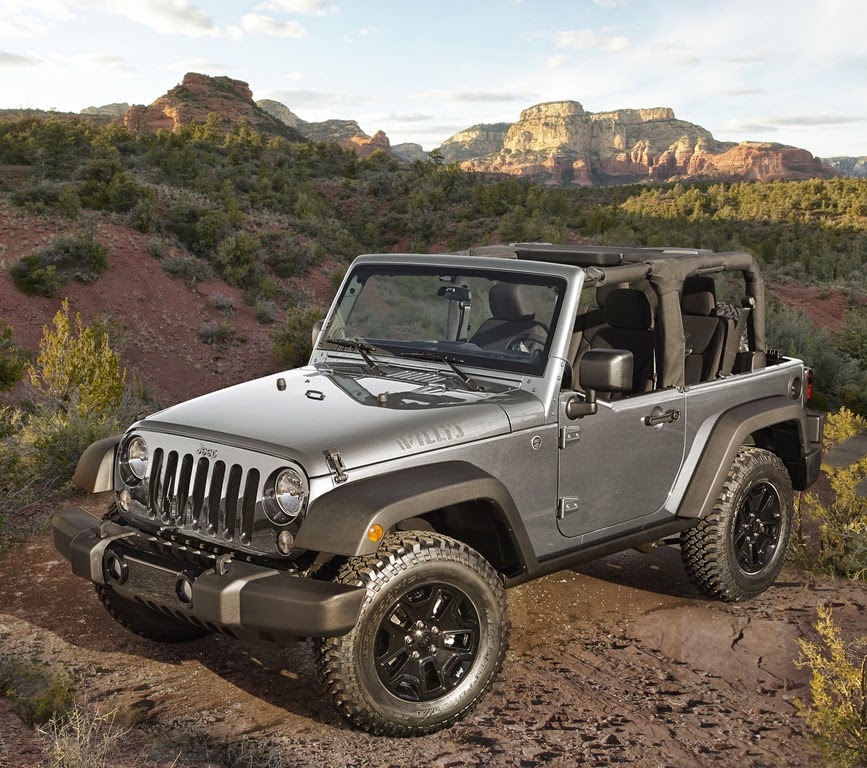 Industry trade magazine Automotive Design & Production has reviewed the 2015 Jeep Wrangler Willys Wheeler.  The introductory statement could be said about any Jeep Wrangler:


The thing about the Wrangler Willys Wheeler: It is a toy for a grown-up boy.

And that's why the Jeep brand, and in particular the Wrangler, has such a strong enthusiast following - it's not just another anonymous cookie-cutter sedan or SUV.  Rather, it's a Tonka Truck for young-at-heart adults.  It's a vehicle that's intended to allow outdoorsy weekend adventure, but which also brings a smile to its owner's face even during the weekday commute.

While the Willys Wheeler may not be the special uprated Rubicon edition, it is designed as a tribute to Jeep brand's history with its name, its styling, and its decals paying homage to the earliest Willys-Overland CJs.
Posted by rubicon4wheeler at 1:20 PM

Email ThisBlogThis!Share to TwitterShare to FacebookShare to Pinterest
Labels: thoughts