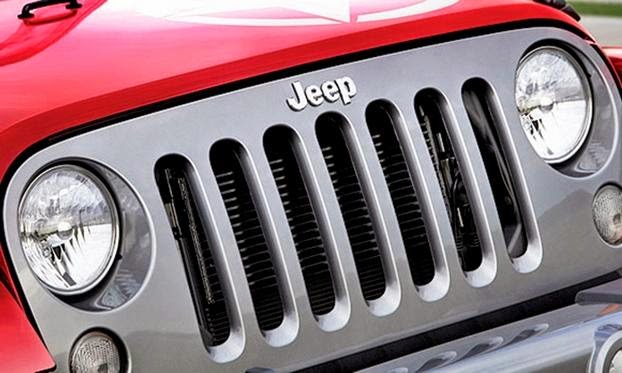 In what will come as a tremendous relief to Jeep fans, Automotive News is reporting that the next generation of the Wrangler coming in 2017 will retain its solid axle suspension front and rear.  Car and Driver Magazine shared the report, which generated the usual flood of interesting reader comments.

The article is correct in pointing out that the solid axles are as definitive of the Wrangler as its iconic grille.  While the loss of solid axles under the Cherokee, Grand Cherokee, and every other Jeep vehicle has been controversial and bemoaned by the core offroad market, it has been a begrudgingly acceptable change in order to keep the Jeep SUVs competitive with Range Rovers, Land Rovers, and other 4x4 icons that have adopted car-based independent suspension. 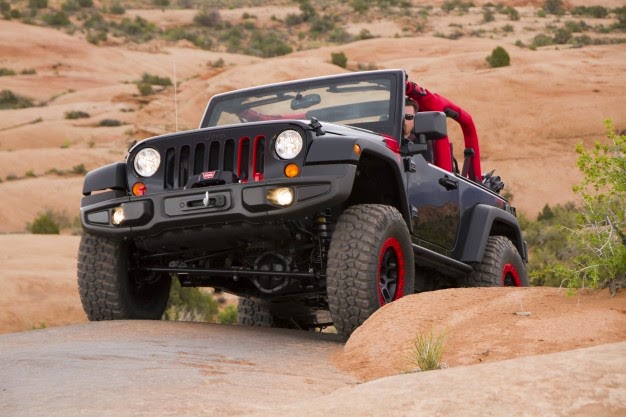 Conversely, the Wrangler simply would not be a Wrangler without a proper pair of solid axles; it is the brand's halo vehicle.  The prestige of the Jeep brand and all Jeep vehicles is carried on the Wrangler's shoulders; if the Wrangler lost its offroad prowess by downgrading to street-biased suspension, the Jeep reputation would be forever tarnished.  If the core 4x4 market loses respect for the definitive Jeep, the general public would soon follow.

The surprising sales successes of the JK Wrangler as well as other offroad-biased vehicles (Ford Raptor and Mercedes Geländewagen) has likely contributed to Fiat/Chrysler Automobiles' decision to retain the Wrangler's offroad capability at a (very slight) expense to on-road comfort and handling.  So popular is the Jeep Wrangler, GMC is reportedly looking to build a competitor.  There is a big market for genuine offroad vehicles, so any vehicle that is biased toward offroad performance is bound to be a sales success if its design isn't botched (see the Hummer brand for an example of how not to design a vehicle for the offroad crowd).

Compromising the Wrangler's defining features is a sure path to failure.  If FCA can retain the Wrangler's legendary ruggedness and capability while improving its fuel economy, the redesign will be a win/win situation for everyone involved: Jeep will retain its reputation and enthusiast market, gain additional sales to the mallcrawler crowd, and also appease the government with its mandated Corporate Average Fuel Economy standards.
Posted by rubicon4wheeler at 1:26 PM