There is even an interactive map tracking her trail of destruction in every National Park she visited as trail users and the National Park Service confirm each reported incident.


This student from Dutchess Community College and Highland High School missed her lessons on etiquette, common sense, and lawful use of public lands.  An obvious miscreant, she also has a history of run-ins with the law such as her 2012 drug arrest:


Drugs: Casey L. Nocket, 19, Highland, was arrested by Lloyd town police Saturday and charged with possession of a controlled substance, a misdemeanor. She was released on an appearance ticket.

Whenever a "bad apple" from the OHV enthusiast community has broken the rules of trail etiquette and the law, all of the remaining "good guys" are punished with trail closures.  Self-proclaimed "environmentalist" groups and hiking fans ostracise OHV recreationists by using such incidents in their anti-OHV propaganda, while public land (mis)managers illegally close trails in response.  I am not using this Casey Nocket Incident as an excuse to promote the closure of hiking trails or sweeping bans of entire user groups, but rather using it to illustrate how ridiculous these blame-games are.  The good people who visit our backcountry don't deserve to be punished for the actions of the occasional miscreant.  Rather, we should all work together to educate users and eradicate the damage.  Hikers, OHVers, artists, equestrians, kayakers, and all other backcountry enthusiasts can peacefully coexist if we're willing to help each other instead of competing against each other for enjoyment of Mother Nature. 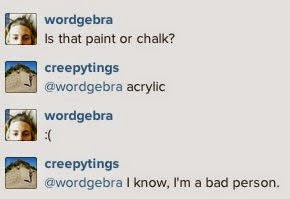 Everyone knows that vandalism is against the law: it is a Class A misdemeanor punishable by up to a $5,000 fine and a year in prison.  But vandalism in National Parks can be a felony if the damage is extensive or in specially protected places.  It's no secret that the National Park Service also closes areas due to vandalism.  Casey Nocket knew her compulsive vandalism makes her "a bad person," so I believe a fitting punishment would be fines and incarceration to the full extent of the law, after her supervised removal of her graffiti at her own expense. 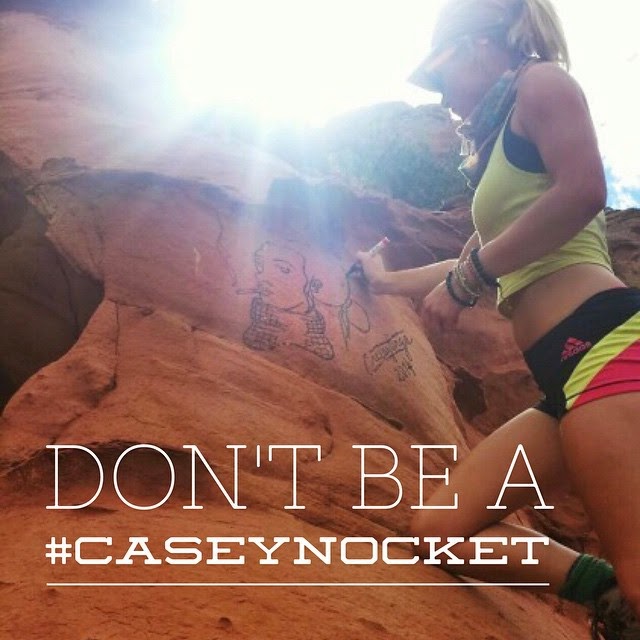 Keep trails open at all costs; educate people on acceptable activities in public lands from elementary school on up; make examples of scofflaws such as Casey Nocket to strongly discourage copycats.
Posted by rubicon4wheeler at 8:59 AM