Helicopter Crash on the Rubicon Trail

A helicopter that was providing support for the annual Jeepers Jamboree on the Rubicon Trail crashed near the trail at Buck Island Lake.  There were four people aboard, but all survived; all four walked away from the wreckage, but two were flown to the Reno, NV hospital for treatment of a head injury and a leg injury.  The El Dorado County Sheriff's Department published two press releases:

At approximately 1:00 pm today, the El Dorado County Sheriff’s Office was notified of a possible helicopter crash on the Rubicon Trail. Sheriff D’Agostini’s Deputies assigned to the trail patrol arrived on scene and verified a downed helicopter near the area of Buck Island Lake, which is approximately seven miles from Loon Lake. This area is only accessible by modified four-wheel drive vehicles, helicopters or hiking.

There does not appear to be any fatalities, only injuries. We do not have confirmation of how many people on board the helicopter. Cal Star 6 is currently on scene and assessing any injuries. The FAA has been notified. More details will be available later in the day.

El Dorado County Sheriff’s Deputies on scene verified four people on board the downed helicopter. A male with head injuries and a male with leg injuries were flown to a Reno Hospital with what appeared to be non-life threatening injuries. The other two occupants walked away from the accident. The helicopter was assisting the annual Jeepers Jamboree event this weekend.


Jeep Jamboree Official Press Release-
On friday august 1st on the Jeep Jamboree trip our contracted helicopter went down after take off from Buck Island.
There were 3 passengers that were all crew members and the pilot aboard;
everyone was able to walk away with only 2 of the passengers needing to be flown out for non-life threatening injuries. Everyone is now
in good spirits and participants are coninuing to enjoy the 36th anual Jeep jamboree.
Via satalite phone from Rubicon Spings
B.S.- President of The Jeepers & Jeep Jamboree

It's a testament to the helicopter pilot's skills that he was able to bring down the chopper without any environmental damage or loss of life.  KXTV News 10 out of Sacramento, California reported on the crash and interviewed a few Rubicon Trail users:

Reports of the crash and organization of the rescue were handled by Jeepers Jamboree's and Rubicon Trail Foundation's ham radio operators.  This incident perfectly illustrates the importance of communications, especially when deep in the backcountry.  The cellular phone service we're all accustomed to relying upon is unavailable on the Rubicon Trail.  Satellite phones and Amateur radio (ham radio) are the primary means of communication here, and the video above briefly shows the 4-wheeler's "standard issue" Yaesu FT-60R handheld VHF/UHF ham radio transceiver.  With a ham radio license (obtained through your local amateur radio club or through a class offered by the Rubicon Trail Foundation) trail users may freely access the Rubicon Repeater System to boost their 5-watt short range handheld transceiver into a long-range communications powerhouse.  Even without a repeater system, a Yaesu FT8800R mobile transceiver's 50 watts is enough power to communicate from even the most remote backcountry locations.

Citizen's Band AM radios (such as the 4-wheeler's common Midland 75-822 and Cobra 75WXST) and Family Radio Service FM walkie-talkies (such as these Midland and Motorola radio sets) have the advantage of low pricing and no requirement for an FCC radio license, but they only provide short-range vehicle-to-vehicle communications; they do not have the ability to reliably broadcast further than a mile.  CB and FRS radios are no substitute for a proper ham radio.  If you ever find yourself with a mechanical breakdown or personal injury in the backcountry, a ham radio may be your single most important survival tool.

The NTSB has published their preliminary report on the crash after conducting their standard investigation.  The report can be found here, the text of which is shared below.

Some additional photos of the crash site were taken by trail users: 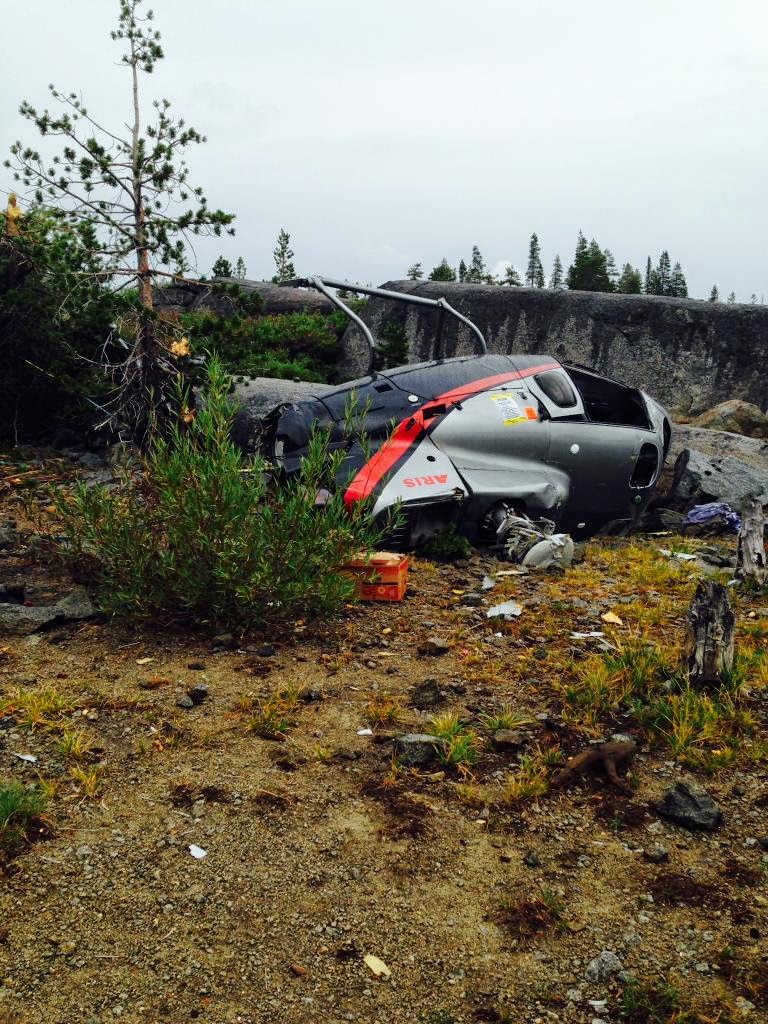 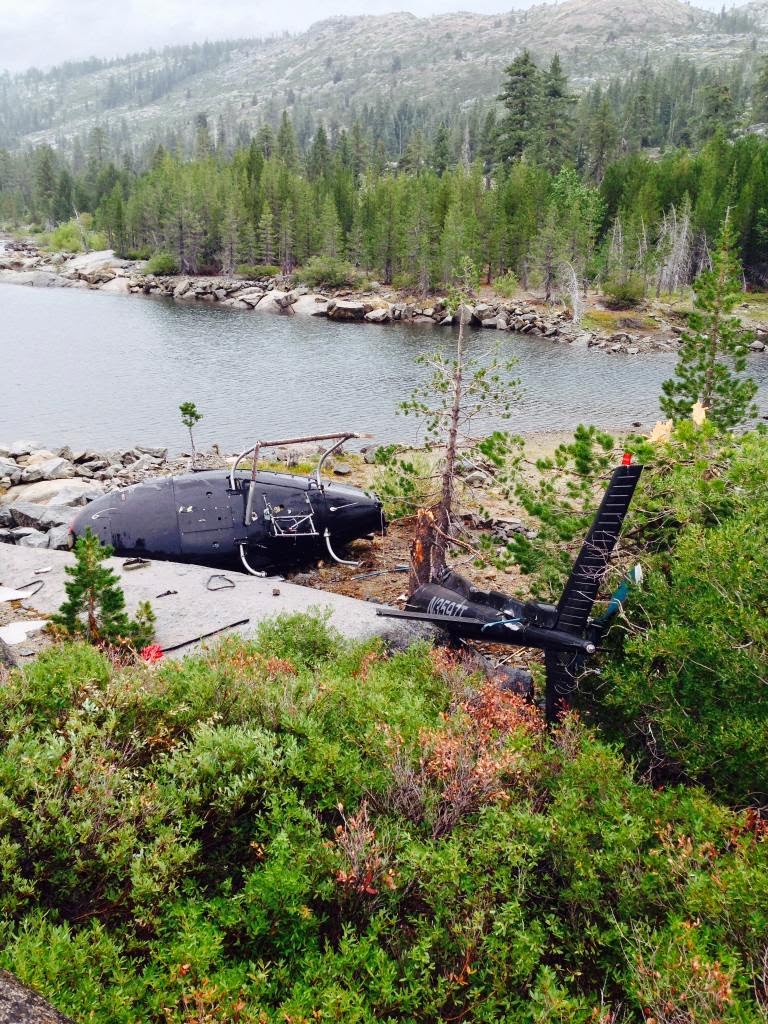 A video of the crashed helicopter's recovery was posted on YouTube:


Some photos of the recovery have also been made available: 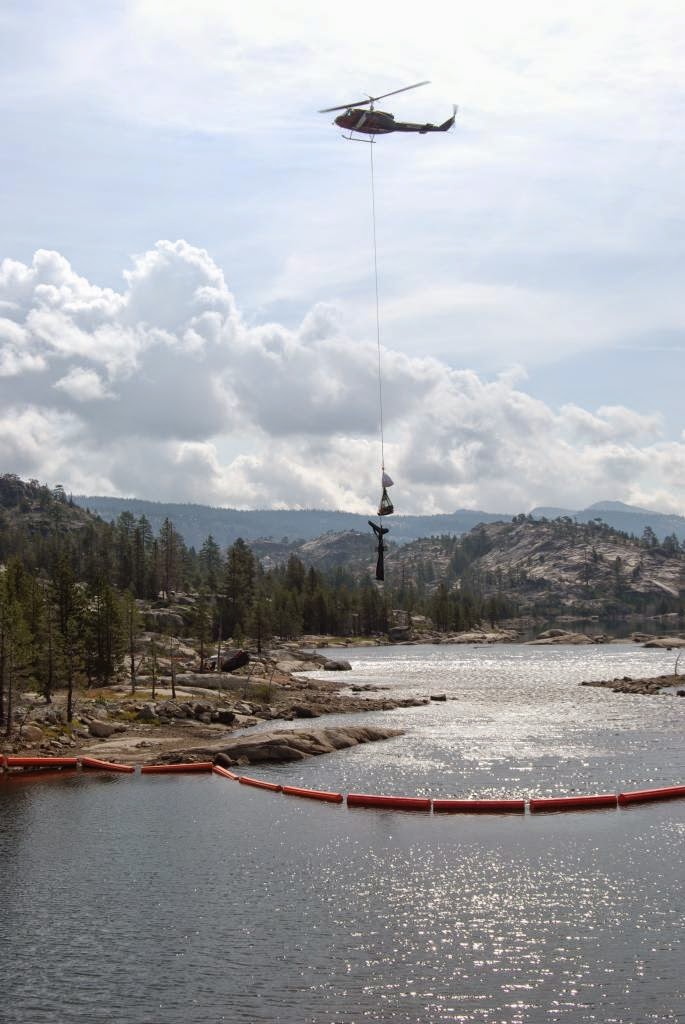 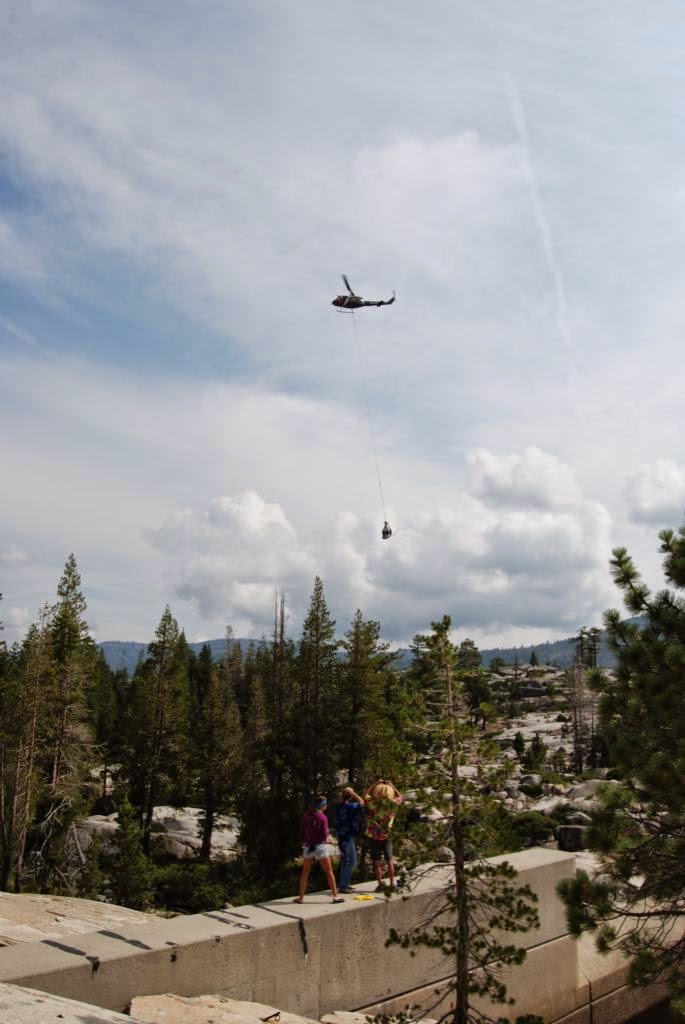 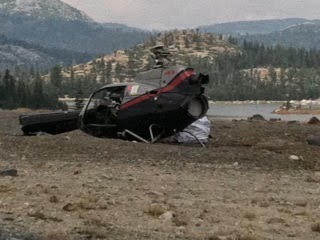 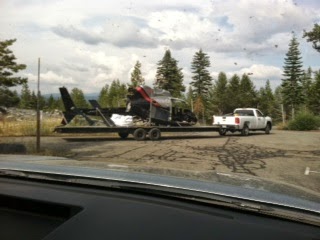 Posted by rubicon4wheeler at 9:05 AM