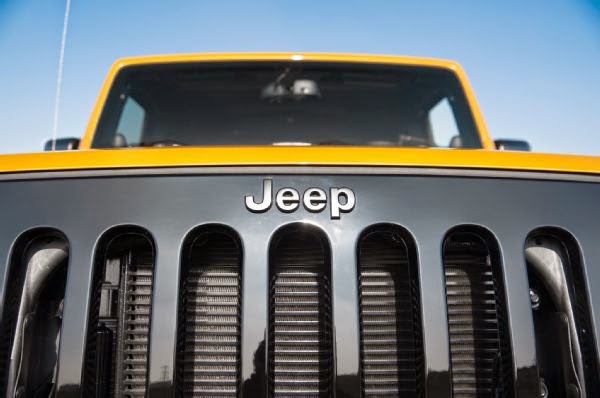 JP Magazine has shared a report from Fiat Chrysler Automobiles that outlines the Jeep brand's aggressive product release schedule for the next five years.  In the report we learn that the next Wrangler will be released in 2017 as a 2018 model-year vehicle: 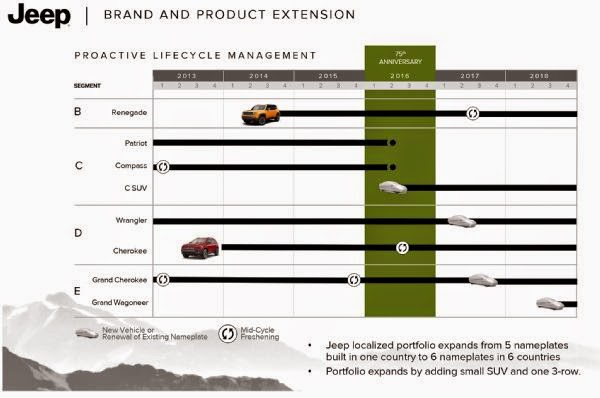 This means that the JK Wrangler will have an 11-model-year production run, with an extra-special 75th-Anniversary Edition über-Wrangler likely as a swan song for the most successful Wrangler ever.

As for the all-new Wrangler, the jury is still out whether Jeep is retaining the benchmark-setting solid axle suspension front and rear, or if their engineers will attempt to "modernize" it with independent suspension without destroying the vehicle's enviable reputation for toughness and unsurpassed capability.  Rumors have been circulating about both suspension designs, but from the offroaders' standpoint I can see a million and one ways that Jeep could screw up the Wrangler with a downgrade to IFS/IRS.  However, if anyone could make an independent suspension actually work, it would be Jeep's engineers - as long as they aren't restrained by the bean counters.

It doesn't make much sense to risk compromising the Wrangler's capabilities and reputation however, since every other Jeep product has already been emasculated with independent suspension to cater to the wanna-be faux-wheeler soccer moms, and Jeep continues to set new sales records with the JK Wrangler.  To retain the Jeep brand's vehicle-selling reputation, Jeep absolutely must keep the Wrangler as strong and capable as possible.  Instead of a downgrade to a car's independent suspension I would rather see Jeep upgrade from the JK's 1/2-ton Dana 44 axles to the bigger 3/4-ton AAM axles from the RAM PowerWagon, although this may not be necessary if Jeep is serious about significant weight reduction in the next Wrangler.

Only time will tell if the next Wrangler continues to advance the offroad state-of-the-art, but at least we all know the current Wrangler is a best-buy and will continue to be available through 2017.
Posted by rubicon4wheeler at 9:45 AM