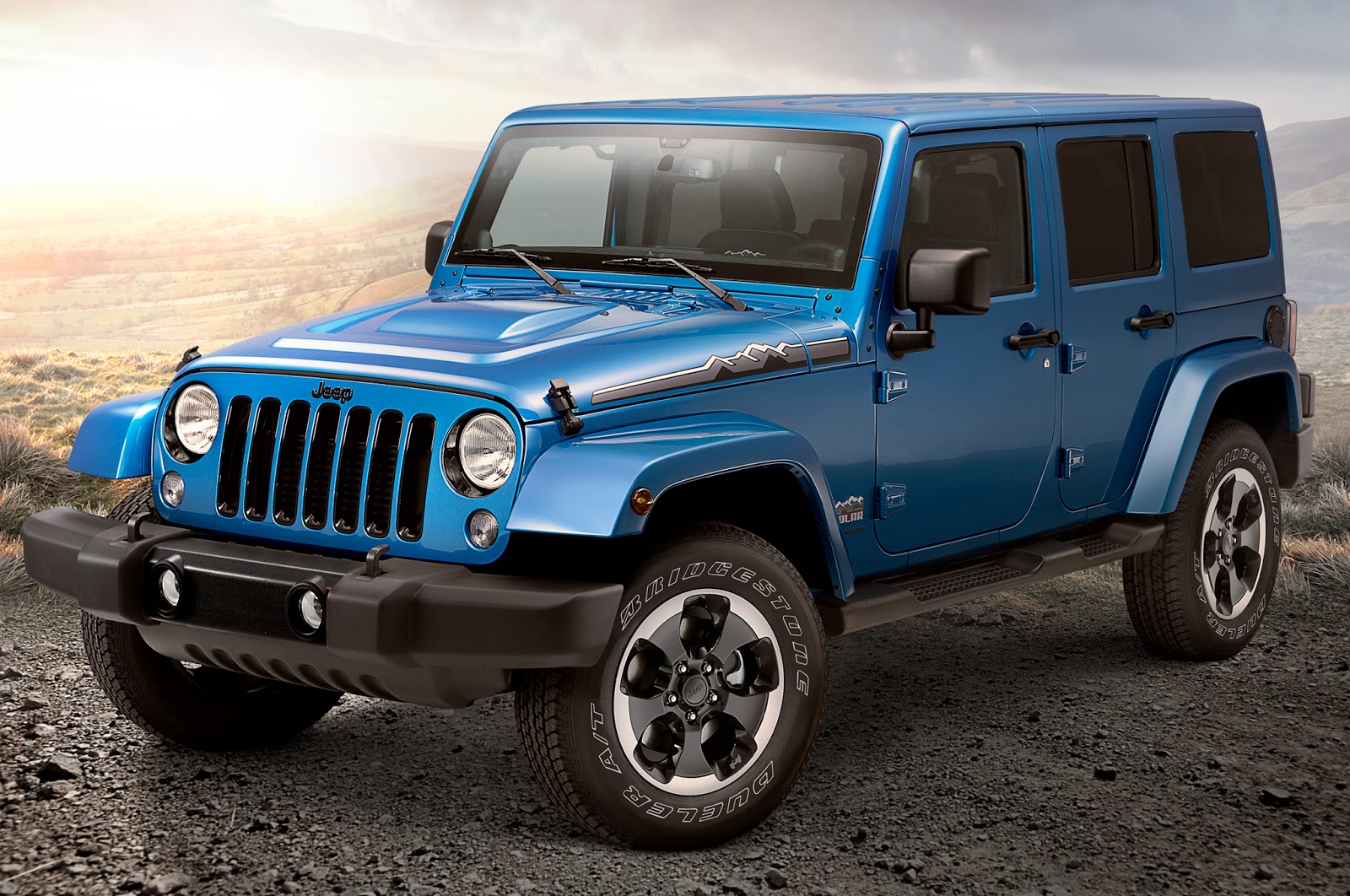 Like Porsche, Ferrari, Lamborghini, Pagani, Bugatti, and a handful of other special marques, Jeep does a fantastic job of producing appealing special-editions of the Wrangler.  Rather than making a track-focused or big-name fashion designer-endorsed version as with those luxury brands, Jeep focuses on offroad performance while still dressing the vehicle up above standard editions. 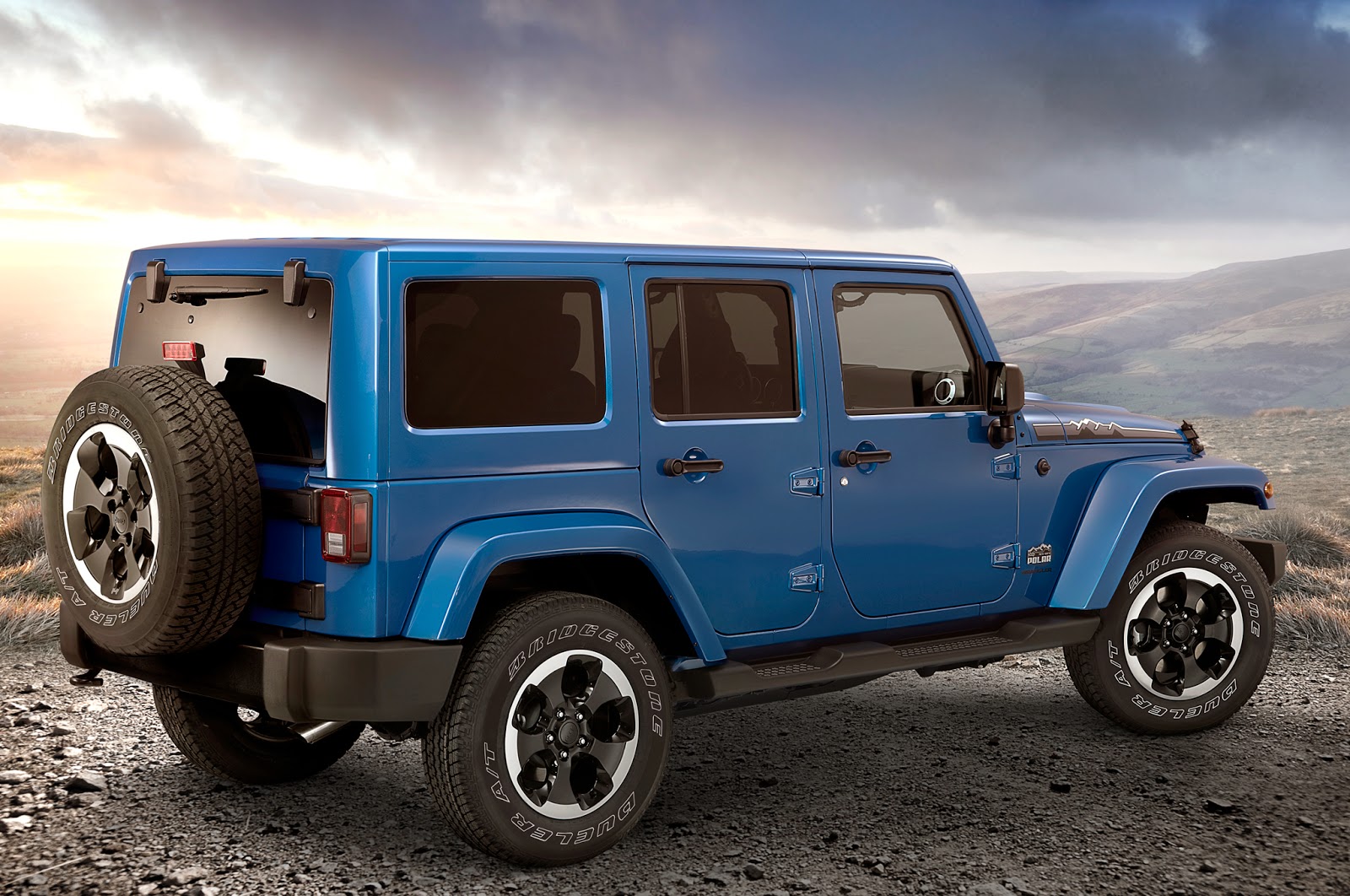 It seems that with the success of 2012's North Pole-inspired Jeep Wrangler Arctic Edition, Jeep decided to make a similar South Pole-inspired version for 2014: the Jeep Wrangler Polar Edition.  Based on the Wrangler Sahara, the Polar Edition comes with color-matched fender flares and hardtop.  Along with the standard silver and white colors, the Polar Edition is also available in the exclusive shade of Hydro Blue.  The sides of the special Powerdome hood are outlined with a mountain landscape for additional differentiation, black-trimmed wheels & grille, and a unique badge with the coordinates of Vostok, Antarctica - the location of the coldest temperatures ever recorded on Earth. 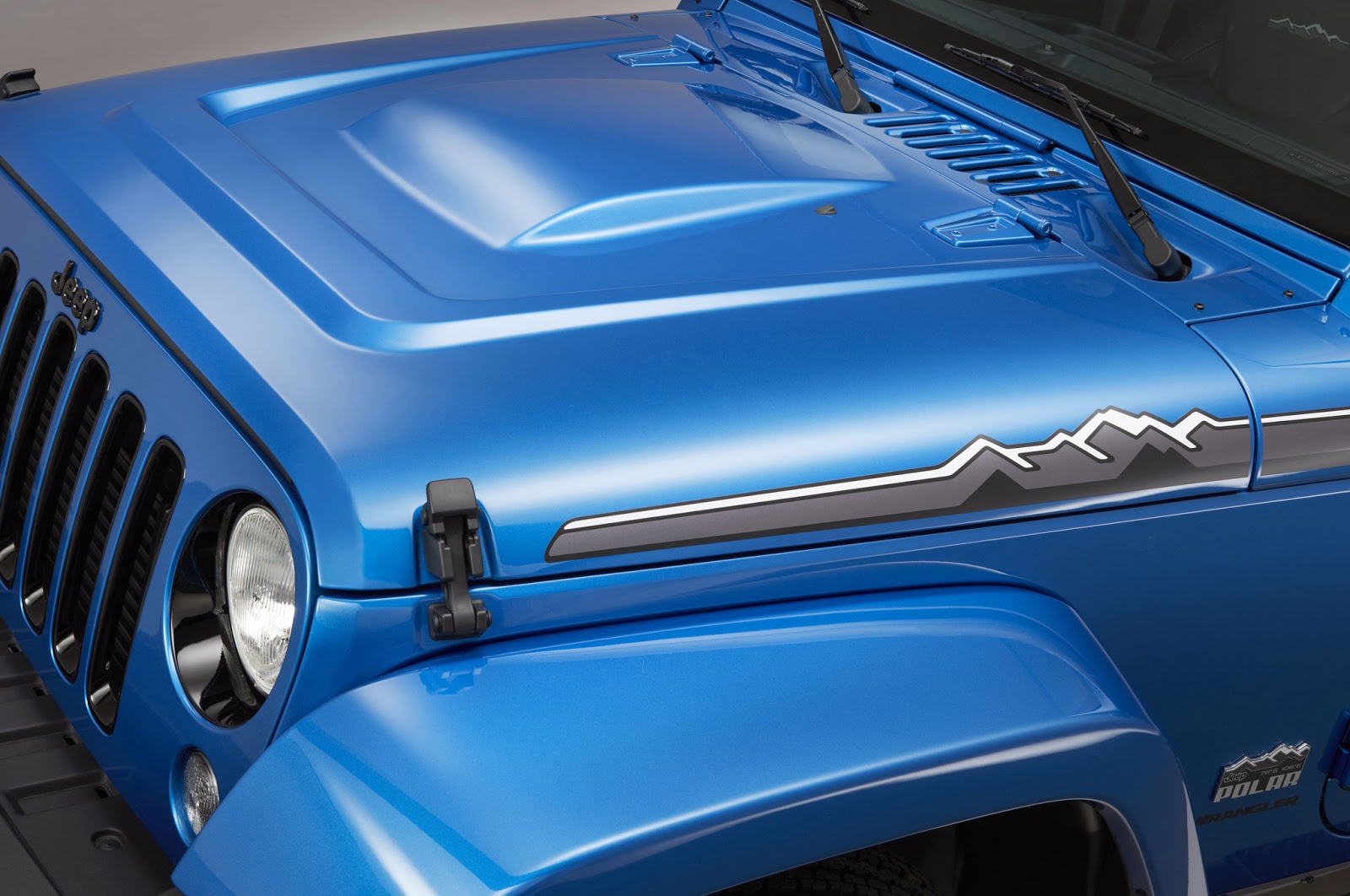 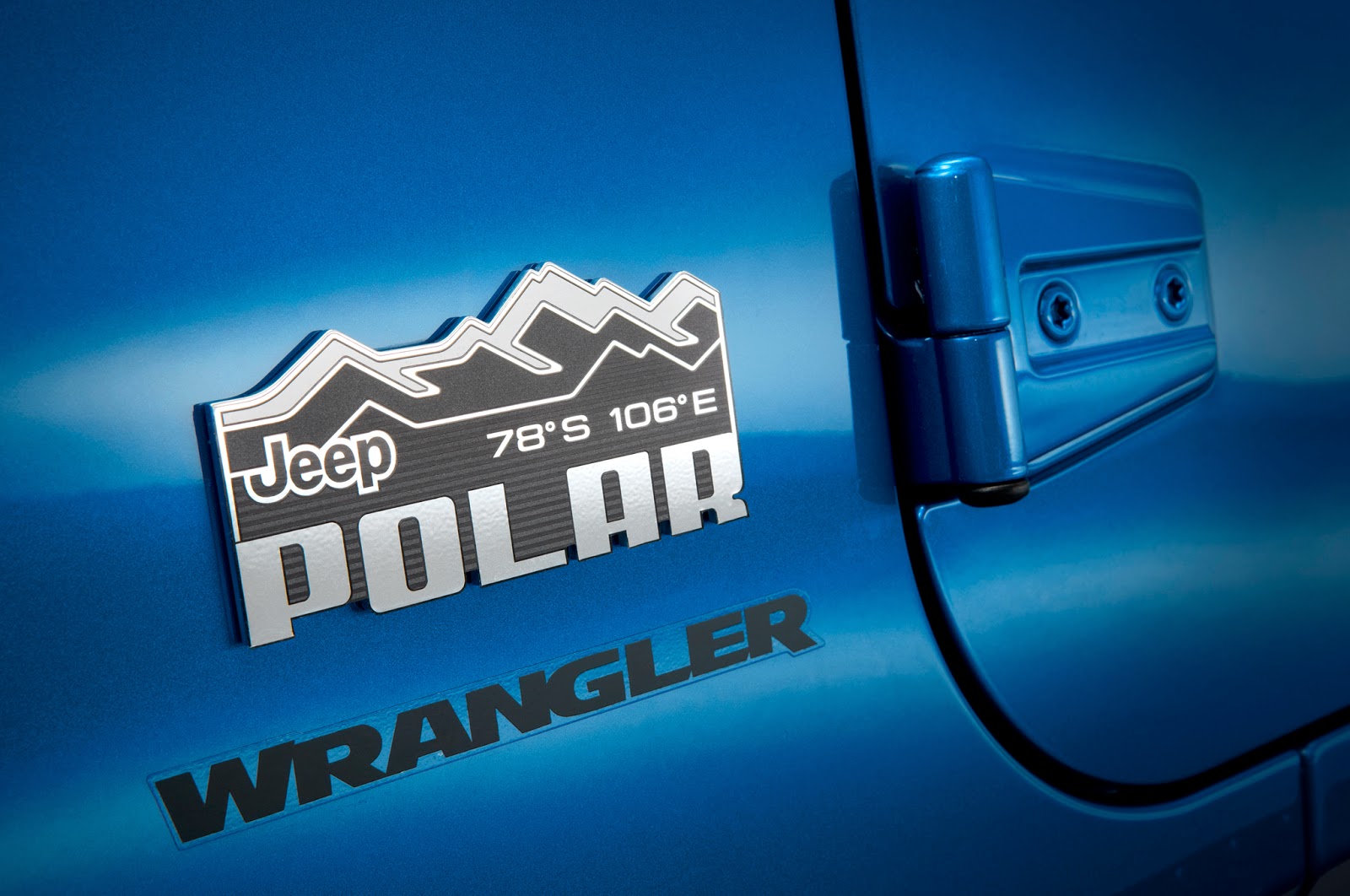 The interior has further upscale refinements.  Heated leather seats with white stitching and the hood's mountain logo give the Polar Edition a unique look.  White accents on the dashboard and various trim pieces continue the black & white theme inside. 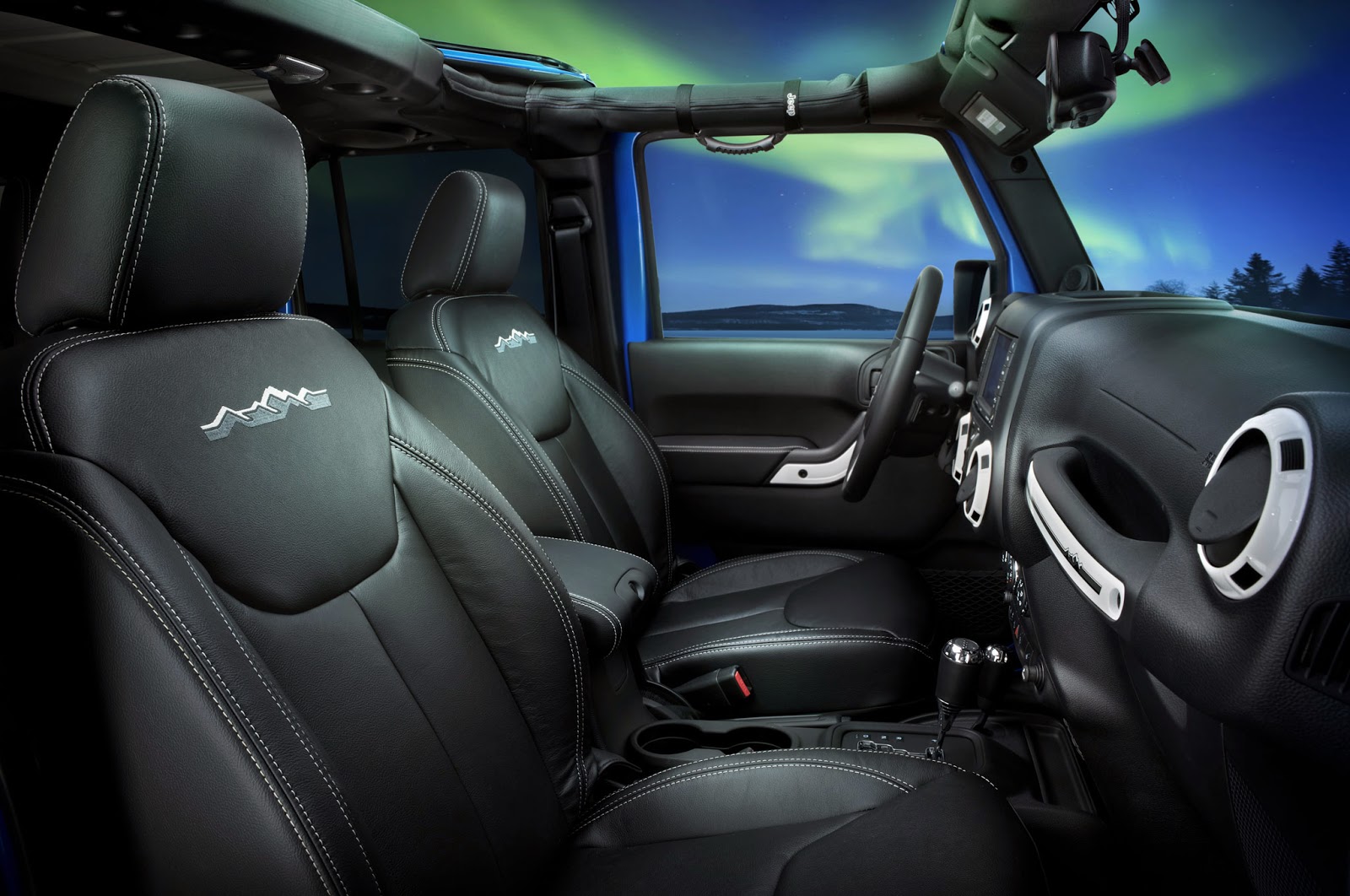 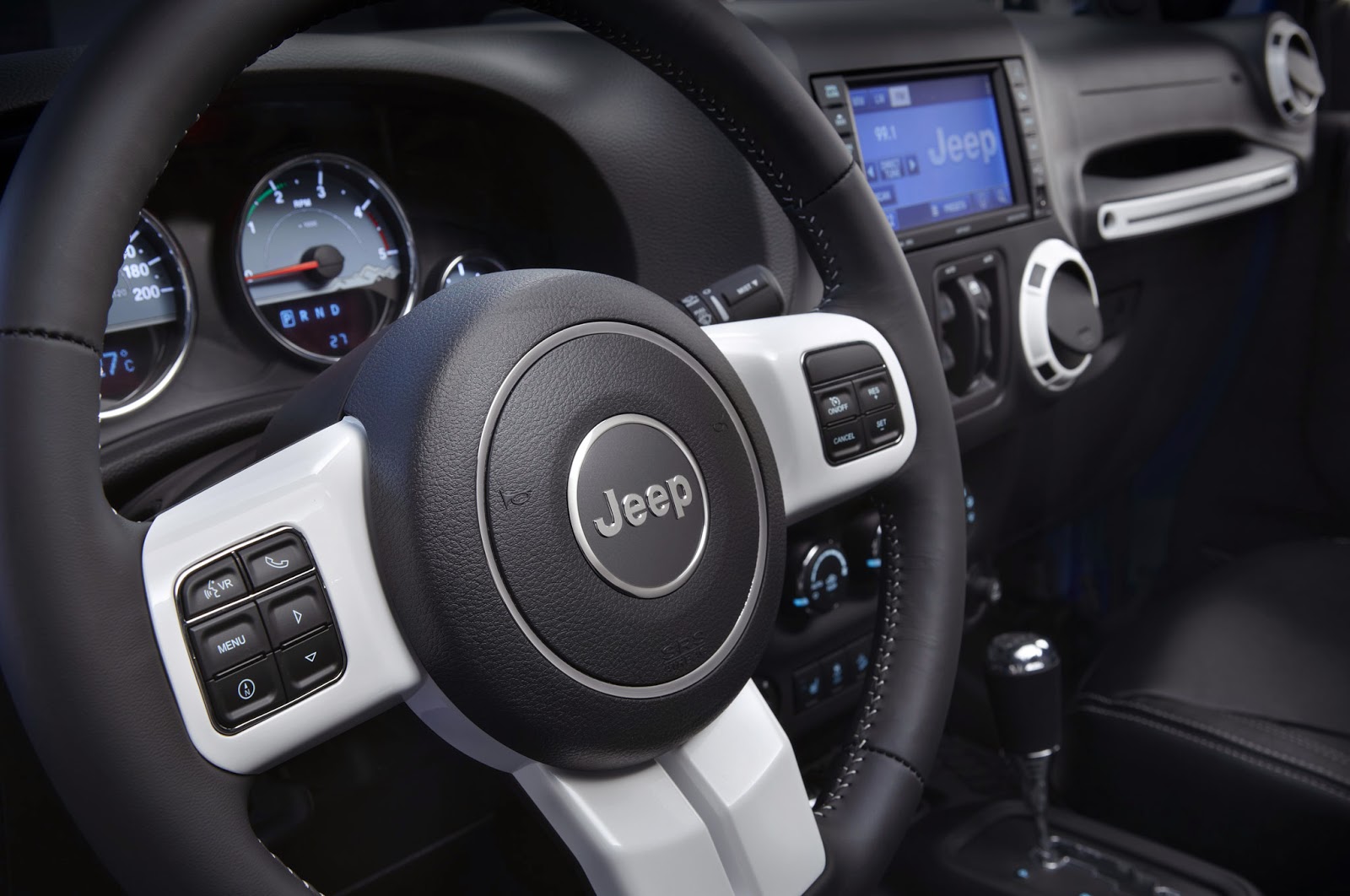 Mechanically speaking, the Polar Edition is based on the Sahara model, with the standard Dana 30 front axle and limited-slip-equipped Dana 44 rear axle, which is ideal for driving in snow country. 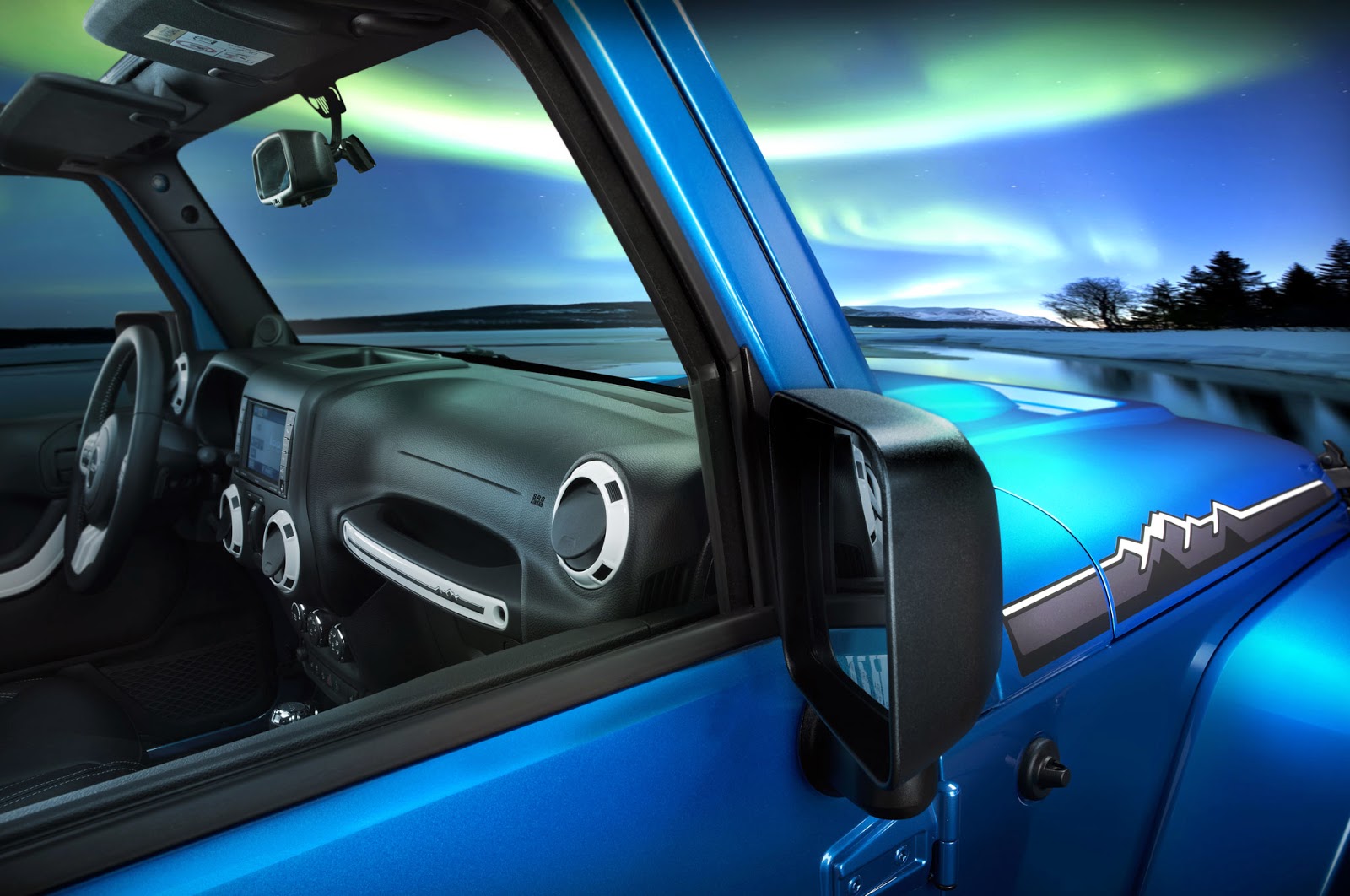 Jeep's new commercial for the Polar Edition Wrangler shows it performing in its element - snow:


The commercial for the 2012 Wrangler Arctic Edition is similarly entertaining:

Posted by rubicon4wheeler at 12:29 PM