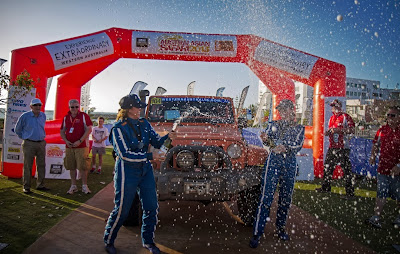 Back in September, Team Lerner Reina and their American Expedition Vehicles-built Jeep Wrangler JK 231R took on one of the toughest endurance motorsport races in the Asia-Pacific region, the Australasian Safari.  Similar to the Baja 1000 and the Dakar Rally, this is one of those races where it's an achievement to even cross the finish line.  Their awesome driving and navigational skills, along with a reliable and capable Jeep, meant an outstanding finish.  Here is a summary of their outstanding performance:

• 100% Safari Finisher - Their AEV Wrangler was the ONLY production vehicle to finish 100% of the Safari
• Fastest Safari Female - Amy Lerner
• Winner Production Class A1.2
• Winner Overall Safari Production - Their AEV Wrangler had the best performance of ANY production vehicle entered in the Safari
• Winner of the Dakar Challenge - This earned Team Lerner Reina an entry spot in the 2014 Dakar Rally 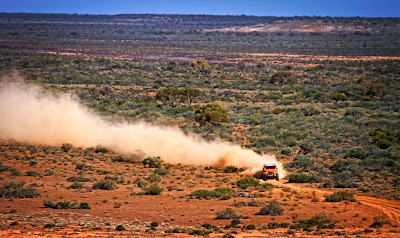 Tricia and Amy are both awesome competitors and fantastic role models.  The capability and durability of the Jeep Wrangler and the AEV suspension is exactly why I chose this combination for my own backcountry adventures.  Check out the video below for footage from the 2013 Australasian Safari.


Posted by rubicon4wheeler at 4:30 PM