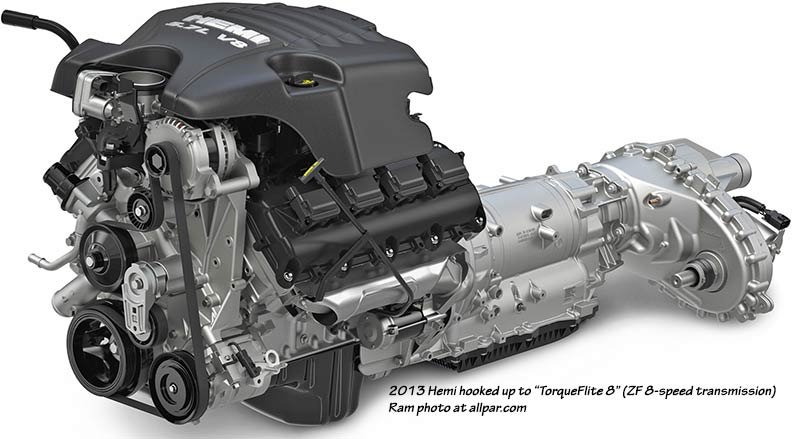 I've blogged about the possibility of a diesel Wrangler before, and it appears that this dream may be getting closer to reality.

According to the Mopar news site Allpar, an increasing number of diesel-powered Wranglers have been spotted road testing in and around Chrysler's Michigan headquarters.  Although the CRD Jeep pictured above has the European-market bumpers, it's certainly possible that this vehicle is involved with the development of the next-generation Wrangler's potential diesel powertrain option.

Motor Authority has reported on Chrysler's recognition of the growing consumer demand for a diesel Wrangler.  They bring up the important points that the inherently expensive diesel engine and requisite emissions control equipment would add thousands of dollars on top of the cost of the already-complex 3.6-liter Pentastar gasoline V6 engine, and whether the diesel's gains in fuel economy and power output would be enough to create sufficient consumer demand.

The Detroit Free Press interviewed Jeep CEO and President Mike Manley at the Chicago Auto Show regarding the potential for a diesel Wrangler.  It sounds like the future of the Wrangler's diesel option lies in the hands of the new diesel Grand Cherokee:


If sales of the new Jeep Grand Cherokee diesel take off, a Wrangler diesel could be next.  "Wrangler customers really want a diesel," Jeep boss Mike Manley told me at the show. "It's a target vehicle for a diesel once we see the reaction to the Grand Cherokee."

A diesel would probably fit at the upper end of the Wrangler lineup, because of the engines' cost. The high-torque that diesels can generate appeals to off-roading Wrangler fans. Diesel's high fuel economy is another major selling point. The Grand Cherokee diesel will get 32 m.p.g. on the highway, far better than the smaller Wrangler.

Expedition Portal/Overland Journal has gotten their hands on the revised 2014 Grand Cherokee equipped with the 3.0-liter V6 EcoDiesel, and they are raving about it:


No doubt all of you reading want to know about the motor, so let me clarify the engines performance without mincing words – it is AWESOME!  HiLux D4D kind of awesome (but more powerful), VDJ 1VD V8 Land Cruiser awesome (but faster and more economical), tuned PowerStoke kind of acceleration (but 30mpg!).  This motor is brilliant, and no doubt enhanced by attaching it to the 8-speed automatic with a 4.7:1 first gear and dual overdrives. I have driven a lot of diesels and this VM Motori, Italian-made Common Rail Turbo diesel is genuinely fantastic.

This turbodiesel has also been installed in the 2014 Ram 1500, which is the only half-ton diesel pickup currently available.  With America finally beginning to embrace diesels again after years of bad stigma created by the noisy, gutless, filthy (and in the case of GM, unreliable) diesels of the 1970's and 1980's, it seems like there may finally be hope for this diesel engine of our dreams to be installed into the benchmark vehicle by which every other 4x4 is measured.  If the diesel performs this well in the Grand Cherokee, imagine how perfect it will be in the Wrangler:

Autoblog has posted an article with further speculation that the next generation Jeep Wrangler will finally be available with a turbodiesel!

Edmunds gets even more specific, stating that the model-year 2016 Jeep Wrangler (which of course will go on sale in 2015) will be available with the diesel, as a means of spurring sales in the last few model-years of the current JK generation of the Wrangler.  Provided the Wrangler can meet ever-stricter crash safety standards with the larger, heavier engine in the current engine bay without prohibitively costly revisions, this seems like a reasonable speculation.

Industry insider WardsAuto is now also reporting on an interview with Jeep boss Mike Manley that a Wrangler diesel is likely after the 2015 refresh.  He stated:


“Wrangler is on the radar to get (a) diesel,” Jeep President and CEO Mike Manley tells WardsAuto at a drive here of the new Grand Cherokee diesel and other models. “Remember we’re also going through the product change of Wrangler for 2015-16. That will probably be the right time to introduce the diesel into that vehicle.

“I’m confident that the Grand Cherokee will show just how large a demand there is for diesel, and I think what that will do is reinforce the need for us to target Wrangler as a vehicle that can take a diesel.”

Posted by rubicon4wheeler at 9:02 AM