It's hard to believe that we're already celebrating the 10th Anniversary of the introduction of the most capable Jeep model ever built: the Jeep Wrangler Rubicon.  Jeep first created the TJ Rubicon model in 2003, and continued to improve the model over the years.  It was such a success, they made a Rubicon edition of the JK Wrangler from 2007 to present.  To celebrate this decade-long milestone (and as a friendly jab to the ribs of all the naysayers who insisted that a hardcore offroad version would never succeed) Jeep is releasing a special 10th Anniversary Limited Edition of the Rubicon this Spring.

Available as a 2-door Rubicon and a 4-door Rubicon Unlimited, the 10th Anniversary package upgrades over the standard Rubicon edition include slightly wider BFGoodrich Mud-Terrain T/A KM2 265/70R17 tires, heavier-duty front and rear bumpers, Mopar rock rails, red seats and tow hooks, a ventilated hood, and commemorative plaques, badges, and embroidery scattered throughout.  Much more than just a sticker package, the Anniversary Edition's uprated tires and winch-capable front bumper with removable end caps for additional offroad clearance are appreciated upgrades that really ought to be included on all Rubicon models. 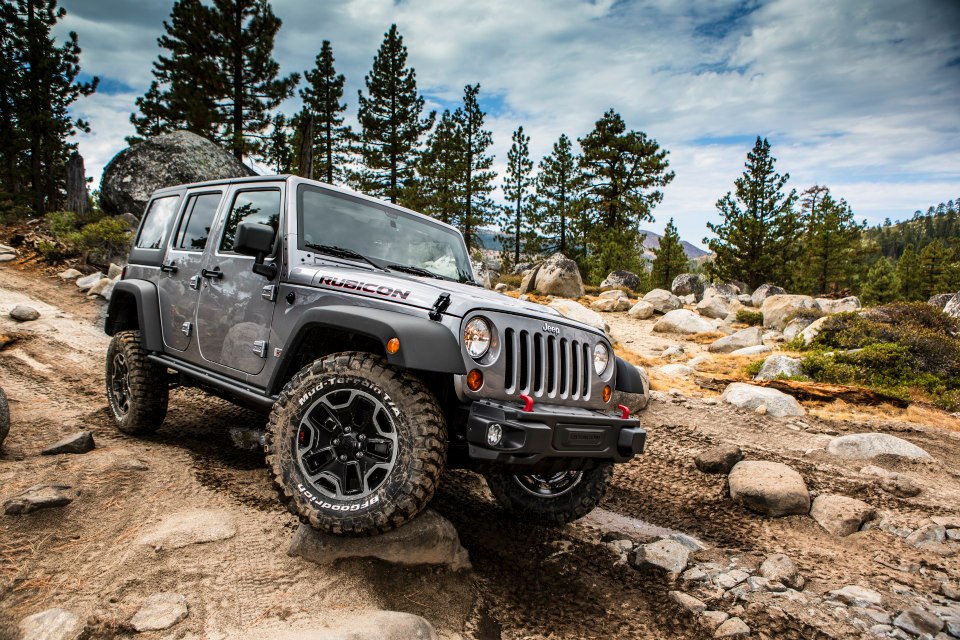 I'm not a fan of the gaudy red seats and tow hooks, but I appreciate the commemorative badges and the unique RUBICON hood decals.  I wish that Jeep would offer a factory-equipped version of the Rubicon with a 3-inch suspension lift and 35-inch tires, but today's litigious society would never allow them to get away with such a "dangerously tall" vehicle.  Oh well; the Jeep aftermarket industry is there to take over where the lawyers and judges cut Jeep's engineers off.

Motor Trend's YouTube video series IGNITION shot an in-depth review of the 10th Anniversary Rubicon on the Rubicon Trail.  As expected, the Jeep impressed with its world-class, benchmark-setting capabilities:

Posted by rubicon4wheeler at 9:54 AM