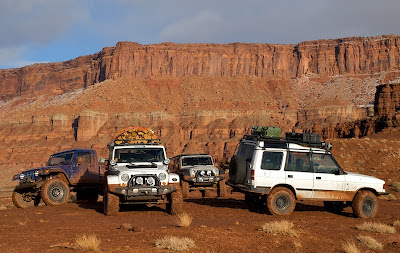 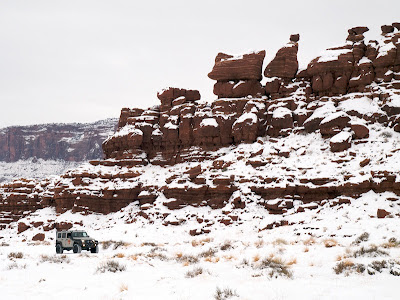 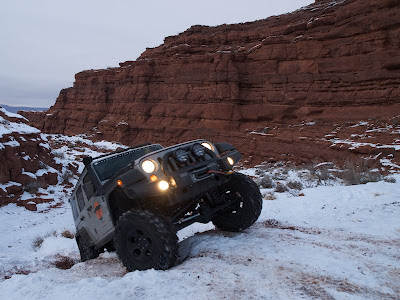 A team of adventurers trek across inhospitable deserts from Arches National Park in Utah to the dried out lake bed of the Sevier Lake, once the floor of a prehistoric inland sea that later became the Great Salt Lake.  The show documents the dangers of route planning, variable weather and general overland travel that occur while doing jobs that are 4WD dependent.  In this instance weather was the name of the game, with the team pulling into Moab, Utah in early December to the worst storm Moab had seen in 40 years.  This caused some on-the-fly route changing and made product testing that much more difficult.  Sub-zero temperatures and up to 30” of snow for six days of camping made the normal Moab trails a bit more challenging than usual.

Expeditional Portal's members discussed the episode on their forum.  Thankfully, if you missed the episode you don't have to wait for Speed to re-air it; Hulu offers the Extreme Off Roaders episode here or you can watch it on Amazon Instant Video.

Posted by rubicon4wheeler at 9:23 AM